Home Be Amazed Ukrainian Trident/Tryzub was also the Coat of Arms of the Viking ruling... 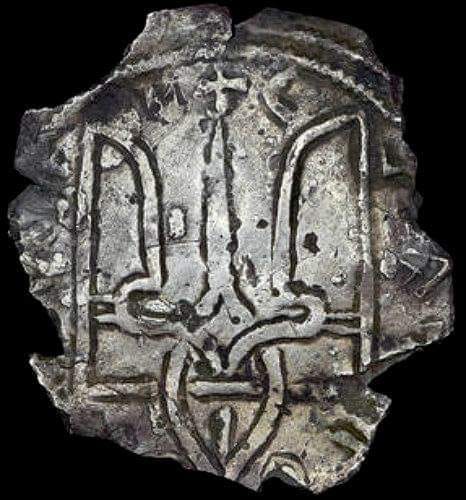 “Most historians agree that the medieval symbol was not intended as depicting a trident, but rather, was a symbol of the Holy Trinity;[2] it also was most likely a stylized falcon. Depictions of a flying falcon with a Christian cross above its head have been found in Old Ladoga, the first seat of the Kievan Rurik dynasty,[3] of Scandinavian lineage.[4] Such a falcon, along with a cross are also featured on the coins of Olaf Guthfrithsson, a Viking king of Dublin and Northumbria.[3] Falconry for centuries has been a royal sport in Europe. The gyrfalcon (known also as Norwegian falcon) was considered a royal bird and is mentioned (ukr.: рарог) in one of the earliest epics of Ruthenia, the 12th century poem The Tale of Ihor’s Campaign.” https://en.wikipedia.org/wiki/Coat_of_arms_of_Ukraine

Ukraine has amazing history and place in the history of Europe. There was a Kiev Qeen of France for example, do many people know that? And the fact that Norway received Christianity from Kiev? There is a newly published book on Amazon “Ukraine & the United States” which has these and many more amazing facts about that nation. “The Tale of Ihor’s Campaign” was translated for American public by Vladimir Nabokov by the way (the author of Lolita) and the book about Ukraine has a chapter on that too.