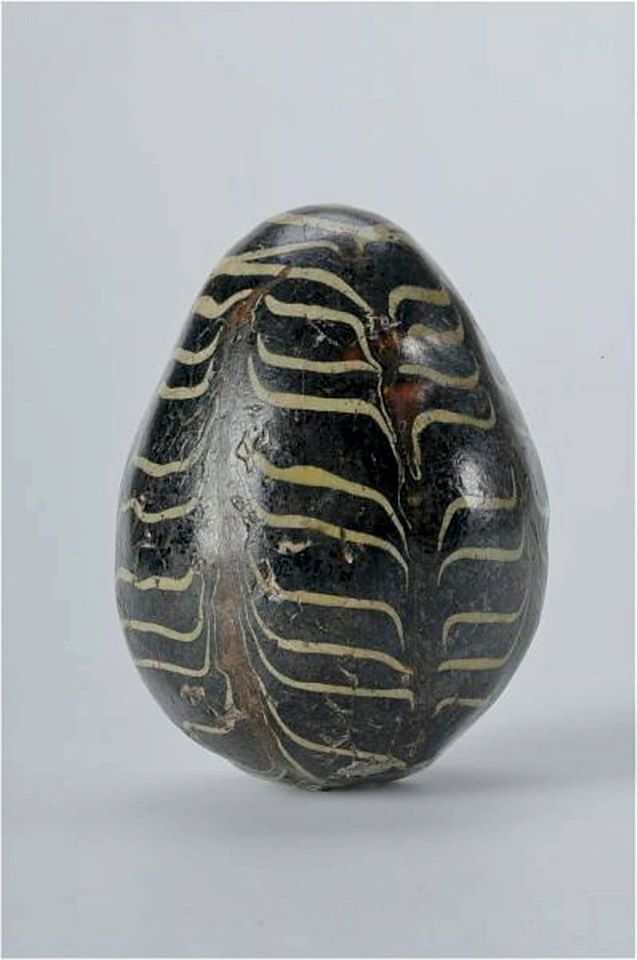 The egg is made of glazed fired clay. It varies in colour from bright chocolate brown to dark green. The egg has yellow, foliage-like ornamentation which spreads, like a grain, all over the surface. The surface is pitted here and there, and the egg is hollow. Inside is an object which rattles when the egg is shaken. The top of the egg is filigree.

These eggs were unearthed in Sigtuna in 1927, two metres below ground on the plot where the Systembolaget (liquor retail monopoly) building now stands. Only a few such finds from the same period are recorded in Sweden, and most of the others come from Gotland. This type of egg, symbolising the Resurrection, formed part of the devotional life of the Russian Orthodox Church.

The finds testify to the strong links formerly existing between the eastern parts of present-day Sweden and Russia. Today there are hypotheses about the eggs being part of the presence of the Orthodox Church in Sweden during the transition between the Viking era and the Middle Ages. They can also illustrate the way in which the late Viking era mingled tenets of Christianity and the old Æsir religion through artefacts brought home by returning voyagers.

In the Orthodox Church today, the egg is an important symbol of the Resurrection. Sweden’s tradition of painted eggs at Eastertide probably shares the same roots, but the Easter egg as such only came to Sweden in the 19th century, though eating eggs and giving them away is an Eastertide tradition in large parts of Europe.

Three Legendary Heroes Who May Or May Not Have Existed