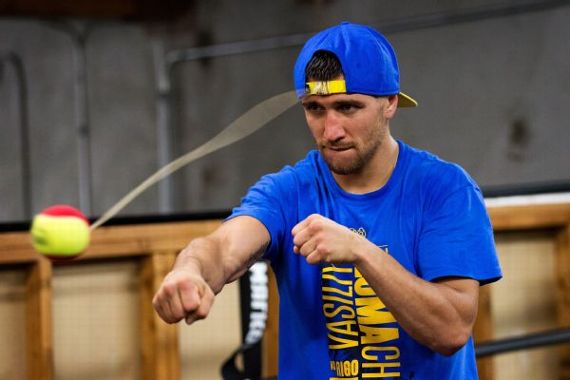 Even as he boxed, Vasyl also played soccer and hockey and wrestled. At 10, he began traditional Ukrainian folk dance.

It wasn’t Vasyl’s idea, prancing about in a sash, bright boots and billowy satin pantaloons, but it’s too much to say his father forced him.

“He explain me,” Vasyl says. Such reasoning was typically delivered with an economy of expression, just a deep stare as Anatoly explained cause and effect as inexorably linked facts.

“You want to be a great boxer? he asked.

“Then you must learn to dance.”

Vasyl danced two hours every day after school. Then he’d go home for a bite and head to the gym. That was his routine, almost four years in pantaloons. But it endowed him with what he has today, the finest footwork in boxing.

Ivan Kozhedub, a Ukrainian, was the highest scoring Allied and Soviet fighter pilot of...