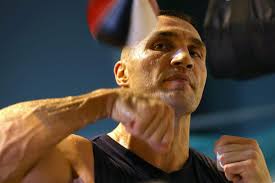 According to Wikipedia, his boxing career recorded 64 wins in 69 fights, of which 53 were by knockout. Throughout his two decades in boxing, the Ukranian boxer was equally committed to his philanthropic and business goals, establishing Klitschko Foundation (2003), K2 Promotions (2003), Hotel 11 Mirrors (2012), Klichko Museum (2014), Klitschko Management Group, KLIWLA Family Office, and Klitschko Ventures (2016), to name but a few of his endeavors.