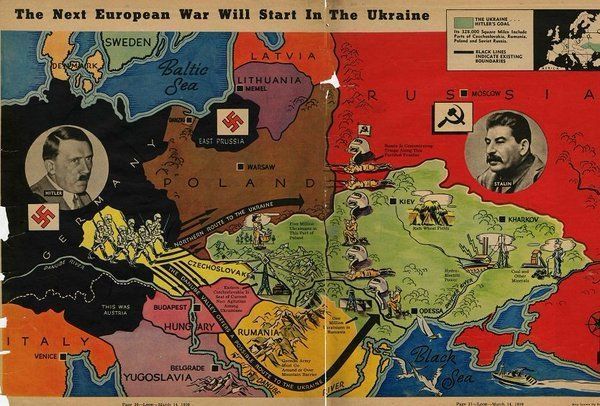 “We learn that “the Russians” suffered twenty-seven million losses before taking Berlin. Meanwhile, there is scant reference to the fact Ukraine saw far more of the actual fighting than Russia, nor to the millions of Ukrainians who fought in the Red Army. The scale of Ukraine’s human and material losses during the conflict defies comprehension, but the country barely gets a mention. This staggering omission demonstrates the sheer size of Europe’s Ukraine-shaped blind spot.

Some historians are already fighting back on Ukraine’s behalf. Yale’s Timothy Snyder, who has long led the field in the study of Ukraine’s blood-drenched twentieth century history, argues that from Hitler’s point of view, the purpose of World War II was the conquest of Ukraine and this emphasis on Ukraine should be central to our understanding of the war.”

Antonov’s An-178 Shows Off Its Maneuverability at Farnborough Airshow