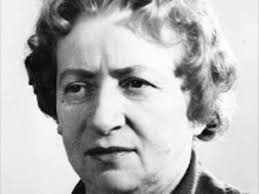 Plankalkul was the first high-level programming language to be designed for a computer. It designed for engineering purposes by Konrad Zuse between 1942 and 1945 (Wiki)

Galaghan ответил на TIL The first high-level programming language known as Address was created by a Ukrainian Kateryna Yushchenko. It was more advanced than Fortran, Cobol, Algol which appeared couple years later

Unlike Fortran and ALGOL 60, APL (Address programming language) supported indirect addressing and addressing of higher ranks. Indirect addressing is a mechanism that appeared in other programming languages much later (1963–65 – in PL/1). The Address language was implemented on all the computers of the first and second generation produced in the Soviet Union. The Address language influenced the architecture of the Kyiv, Strela, Ural, and Promin computers. The Address was used exclusively for the solution of economical problems, including aviation, space exploration, machine building, and military complex – in particular, to calculate the trajectories of ballistic missiles in flight – in the 1950–60s. Implementations of the Address programming language were used for nearly 20 years. (Wiki)

“In 1937 she got expelled from the Kyiv University, because her father was accused of being “enemies of the people”. She applied to the university of Moscow and got accepted, but couldn’t start studying there, since they didn’t provide lodging. She didn’t quit, she kept trying, and moved to Uzbekistan, enrolling at the university in Samarkand. Nothing was going to stop her from learning mathematics. She even got a job in a factory that produced sights for tanks during the war! It was only after the war that she returned to Ukraine, where she could continue her studies and earn a PhD” (Medium)

How Russia acquired brains and civilization for a while. (Quotes from a Yale Professor’s...