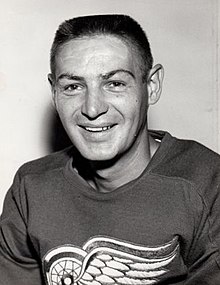 His last name in Ukraine is pronounced as Savchouk (second vowel as in “hook” – [sav’chuk]).

His true first name was Taras.

To the hockey world he was known as Terry Sawchuk.

“A biopic tracing the brutal life and extraordinary career of goaltender Terry Sawchuk is hitting the big screen in March.“Goalie” stars Mark O’Brien as the Winnipeg-born hockey great, whose run through the ’50s and ’60s established him as one of the winningest goaltenders in the National Hockey League’s history.” (CBC.ca)