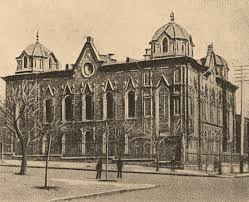 The history of Odessa is also the history of Tel Aviv. Long before the State of Israel was founded, the Jewish community in Odessa raised money for the land where Tel Aviv was established. Odessa was the birthplace of Revisionist Zionist leader Zeev Jabotinsky, of essayist and Zionist intellectual Ahad Ha’am and Israeli national poet Haim Nahman Bialik. And it was in this Black Sea port city that modern Hebrew was born in the poems of Shaul Tchernichovsky and where Tel Aviv’s first mayor, Meir Dizengoff, spent his formative years. (Haaretz.com)

Apollo-11 trajectory to the Moon is named “Kondratyuk Route” after a self-educated Ukrainian who...