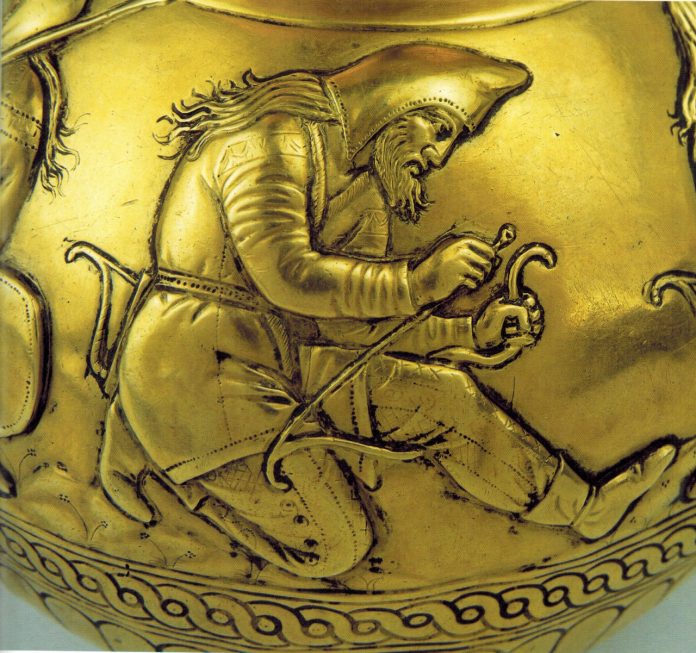 We all read that the Scythians were some “Iranian tribes” that moved to the North around the ninth century B.C. Well, that is a mistake.

Here is what historian Justin writes in his Epytome:

In narrating the acts of the Scythians, which were very great and glorious, we must commence from their origin; for they had a rise not less illustrious than their empire; nor were they more famous for the government of their men than for the brave actions of their women. As the men were founders of the Parthians and Bactrians, the women settled the kingdom of the Amazons; so that to those who compare the deeds of their males and females, it is difficult to decide which of the sexes was more distinguished.

The nation of the Scythians was always regarded as very ancient; though there was long a dispute between them and the Egyptians concerning the antiquity of their respective races;

The Scythians, on the other hand, thought that the temperateness of the air was no argument of antiquity; “because Nature, when she first distributed to different countries degrees of heat and cold, immediately produced in them animals fitted to endure the several climates, and generated also numerous sorts of trees and herbs, happily varied according to the condition of the places in which they grew; and that, as the Scythians have a sharper air than the Egyptians, so are their bodies and constitutions in proportion more hardy. But that if the world, which is now distinguished into parts of a different nature, was once uniform throughout; whether a deluge of waters originally kept the earth buried under it; or whether fire, which also produced the world, had possession of all the parts of it, the Scythians, under either supposition as to the primordial state of things, had the advantage as to origin.

The Egyptians being confounded with these arguments, the Scythians were always accounted the more ancient.“

Historian Justin pointed directly to the Black Sea as the Scythian native land:

“Scythia, which stretches towards the east, is bounded on one side by the Pontus Euxinus…”

Chinese Dragons were borrowed from Scythians?

Scythians had enormous stature and were a terrifying sight for enemies