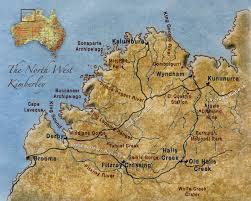 “Rockets could be blasting into orbit from Derby within five years if the State and Federal governments get behind an ambitious proposal from the Ukrainian Government.

The State Space Agency of Ukraine (SSAU) wants to build a spaceport outside the Curtin air base in the Kimberley, pitching the idea as an answer to Australia’s decades-old dream to host its own launch facility.” (WestAustralian)