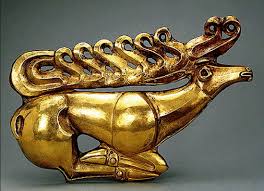 “At this moment, a large exhibition with an impressive title “Scythians: warriors of ancient Siberia” is being hosted by the British Museum. The event is jointly organized with the State Hermitage Museum in St Petersburg, Russia.

The roots of the exhibition lie in the conflict over Scythian gold, which started in 2014, after the annexation of Crimea. Russia wanted to seize Ukrainian exhibits sent to an exhibition in the Netherlands, but by the ruling of the Dutch court, Scythian gold was returned to Ukraine.” (Full Story)