Home Be Amazed Ukrainian-American Sgt. Michael Strank was 1 of 6 Marines who raised flag... 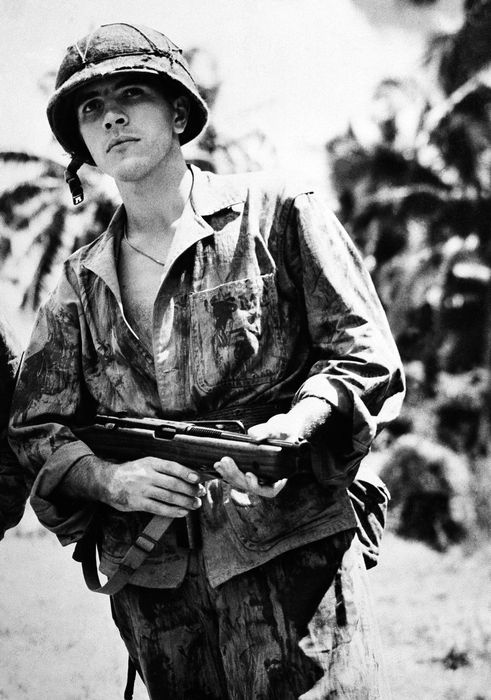 ” Michael Strank (November 10, 1919 – March 1, 1945) was a United States Marine Corps sergeant who was killed in action during the Battle of Iwo Jima in World War II. He was one of the six Marines who raised the second of two U.S. flags on the top of Mount Suribachi on February 23, 1945 as shown in the iconic photograph Raising the Flag on Iwo Jima.

Michael Strank was born in Oriabyna, Presov Region of northeastern Czechoslovakia (now in Slovakia). His two brothers, Petro and John, and his sister Mary were born in the United States to Vasil Strank (later, in the U.S., known as Charles Strank) and Marta Grófiková, Ukrainian-Lemko immigrants.” Wikipedia