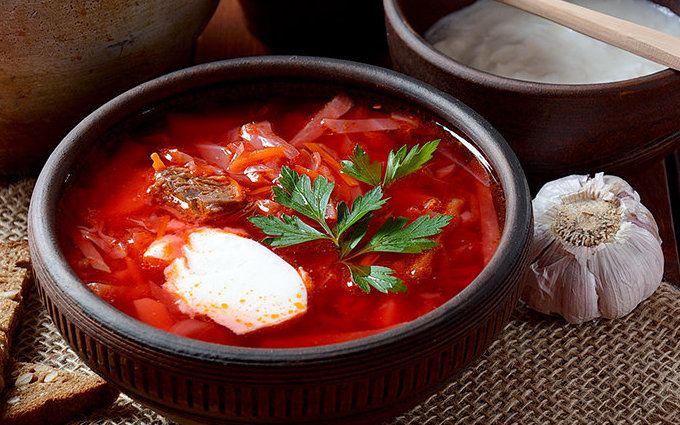 Chunks of tender beets swim in brilliant red broth for a soup that’s beloved in Ukraine and across Eastern Europe. Often topped with a rich dollop of sour cream, borscht is anything but basic beet soup. It gets a tangy kick from kvass, a lacto-fermented beet juice that’s another regional specialty.And while the soup is sometimes attributed to Russian cuisine, that claim is hotly contested. Now, Ukrainian chefs are behind a campaign to get their version on UNESCO’s World Heritage List.

What Ukrainian Literature Has Always Understood About Russia, – The Atlantic

Ukraine’s Snake (Zmiiny) Island Is Where Achilles Supposedly Went Mad and Wiped Out the...