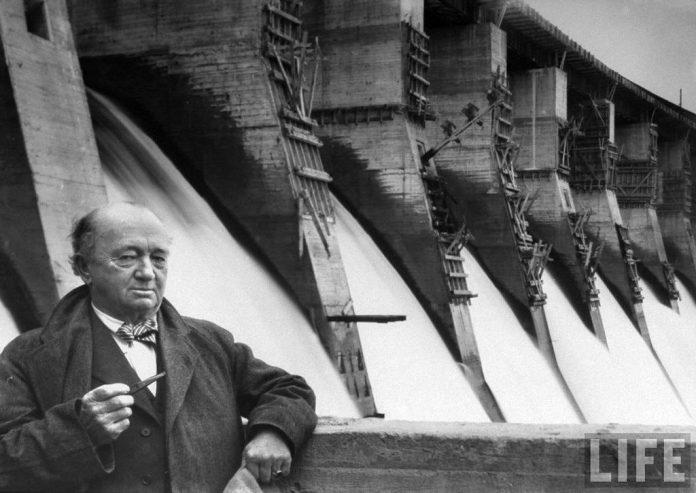 The DniproHES project used the experience gained from the construction of the Sir Adam Beck Hydroelectric Power Stations at Niagara Falls, Ontario, the Hydroelectric Island Maligne, Quebec, and the La Gabelle Generating Station on the St. Maurice River.[

On September 17, 1932, the Soviet government awarded six American engineers (including Hugh Cooper, William V. Murphy, and G. Thompson, engineers of General Electric) with the Order of the Red Banner of Labour for “the outstanding work in the construction of DniproHES”.

Trump and Johnson may attend WW2 ceremonies in Kyiv – The Guardian

Ukrainian-American Sgt. Michael Strank was 1 of 6 Marines who raised flag on Mt....