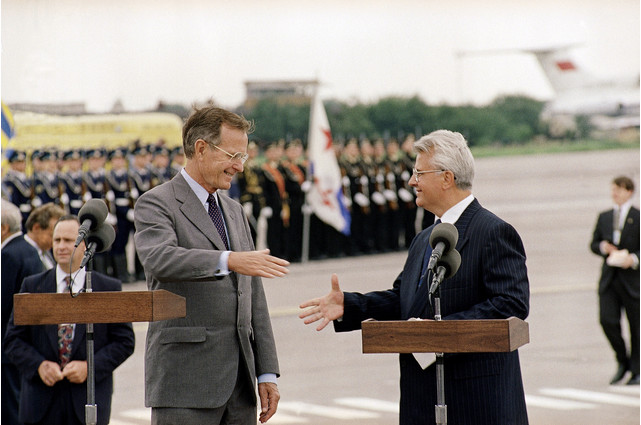 The effect of that article had a trmendous effect for years and still lingers on!

On a personal level, it led to quitting of communication between George Bush and the author of the column.

But who of the two was right and who turned out to be wrong? Or should we ask – is it possible that a single columnist can be correct and the whole American Administration be mistaken?

Right in the middle of those 26 years that have elapsed since the Speech itself, 13 years ago William Safire wrote another article calling it “Putin’s  ‘Chicken Kiev” in the NY Times.

It’s amazing to read it today and see how many things happening today in the world have been predicted!

Water ice in the Korolev crater on Mars