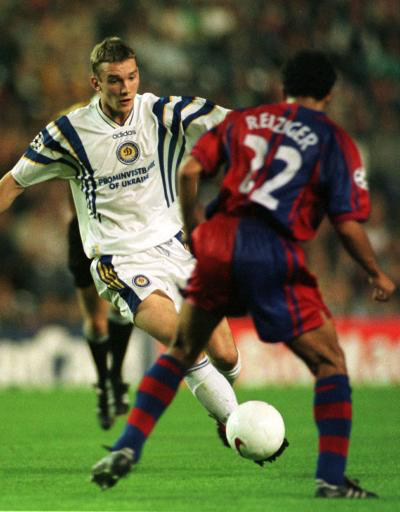 In 1986, a nine-year-old child had to be evacuated from his home in Kiev’s suburbs after the Chernobyl nuclear reactor 80 miles north exploded, spewing a radioactive cloud into the atmosphere.

Eleven years later, Andriy Shevchenko was scoring a hat-trick against a Barça side that featured Rivaldo and Luis Figo. “In Kiev, we had beaten Barcelona 3-0 and a friend said, ‘Let’s see how you do in the return’,” Sheva later laughed. “He bet me that I wouldn’t score three goals. He ended up buying dinner.”

Kiev reached the semi-finals the following season before Shevchenko moved on to Milan. (fourfourtwo.com)