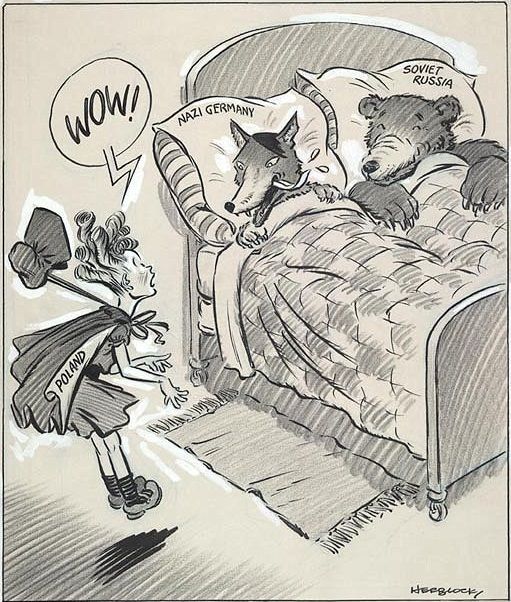 In approximately 10 weeks the whole Russia will be in its usual frenzy for this part of the year. Month of May syndrome which is getting worse with every year.

In Ukraine this state of the neighboring country is called “Victory-raving”.

There will be usual “our granddads waged the war” and “we can repeat” with the fists towards Berlin and the West.

“Russia this”, “Russia that”, “Russians won the war”, “the whole world should feel obliged to Russia”, etc.

But the truth is that without Russia’s help, there would not have been any Hitler possible.

1. Already in 1920 Moscow via Trotsky indicated that it can acknowledge the German borders as of 1914. So that partition of Poland in 1939 was basically agreed upon 19 years earlier.

2. The Treaty of Rapallo 1922 between Moscow and Berlin “angered Western Allies”. (Britannica)

3. 1926 huge scandal when the West discovered of the huge Junkers aircraft production plant situated right on the Moscow outskirt.

4. The same period of time several secret military bases were created for German and Soviet officers training together. The two countries engineers worked there as well.

5. Lipetsk Flight School. Hundreds of German pilots went through it. All German plane prototypes were tested there.

6. Kazan Armored Vehicle School. The future commanders of German tank divisions such as Guderian not only attended it, but even taught there. The German tank prototypes were tested there also.

8. Secret German naval base near Murmansk Stalin gave permission to build so that Germans could intercept British ships and have better grounds to invade Norway.

“While Soviet-German military cooperation between 1922 and 1933 is often forgotten, it had a decisive impact on the origins and outbreak of World War II.

However, the most important aspect of Soviet-German cooperation was its technological component.

Together, the two states built a network of laboratories, workshops, and testing grounds in which they developed what became the major weapons systems of World War II.

Without the technical results of this cooperation, Hitler would have been unable to launch his wars of conquest.“