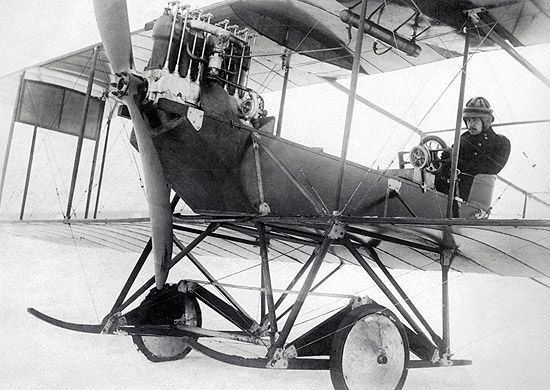 Igor Sikorsky started construction of the first S-6 was in August 1911.

The biplane was powered by a 100 hp Argus 4-cylinder water-cooled engine.

The works took place at the two hangars Sikorsky and his classmates built at the Kiev Polytechnic Institute where Igor studied and at a nearby Kiev suburb called Kurenyovka which had a small airfield nearby at the time.

Initial flight tests in late November of 1911 revealed some problems with a climb performance and serious aerodynamic drag.

Sikorsky lengthened the wingspan to solve the first problem and used wood veneer on fuselage to solve the second.

As the result of the improvements, Sikorsky’s design of the nacelle for the pilot with passengers, together with the fuel tanks and radiator turned out to be ahead of time.

The general form of all the main features of the future planes, their horizontal and vertical velocity were determined by this plane.