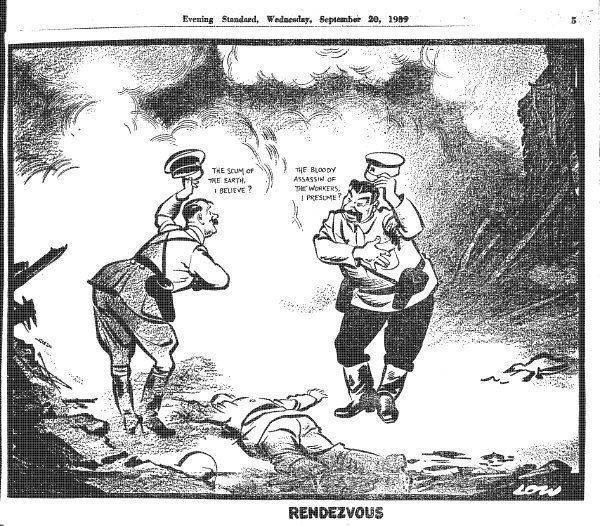 The Red Army, which vastly outnumbered the Polish defenders, achieved its targets encountering only limited resistance. Some 320,000 Polish prisoners of war had been captured.

The campaign of mass persecution in the newly acquired areas began immediately. In November 1939 the Soviet government ostensibly annexed the entire Polish territory under its control. Some 13.5 million Polish citizens who fell under the military occupation were made into new Soviet subjects following show elections conducted by the NKVD secret police in the atmosphere of terror.” (Wikipedia)

Any similarities with the way Crimea was occupied? Any comparison with what has been going on in that peninsular?

And thousands of people it had proclaimed it was going to defend:

“..in Lviv, Lutsk, Stanislav, Dubno and in dozens of other cities in Western Ukraine there began a mass execution of political prisoners. During the first two weeks of the war, more than 21 thousand people were shot by the NKVD in the prisons of Western Ukraine. With the eastward departure of the Red Army, mass executions took place in Vinnytsia, Uman, Kyiv and other cities.” (Ukraine in WWII)

Thanks to Ukraine, the USA have New Generation Warfare Handbook