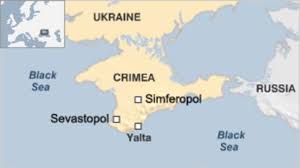 When Russian president Vladimir Putin celebrated the annexation of Crimea from Ukraine in 2014, he claimed the disputed peninsula was “spiritually” inseparable from Moscow. But Mr Putin’s military intervention is now threatening to undermine the “Russian world” beyond Moscow’s borders that he sought to promote. An arcane canonical dispute has become a geopolitical flashpoint after Ecumenical Patriarch Bartholomew of Constantinople, the Istanbul-based spiritual leader of Orthodox Christianity, said on Thursday that he intended to grant full recognition to a breakaway church in Ukraine that split from the Russian patriarchate in the early 1990s. (Article)

In 1710 the Ukrainian Cossacks drafted one of Europe’s first state constitutions, which had established the democratic standard for the separation of powers in...

“Do the Russians want War?” & “How to root Stalin out of Stalin’s heirs?!?”- Ukrainian envoy at UN Security Council adresses Russian side