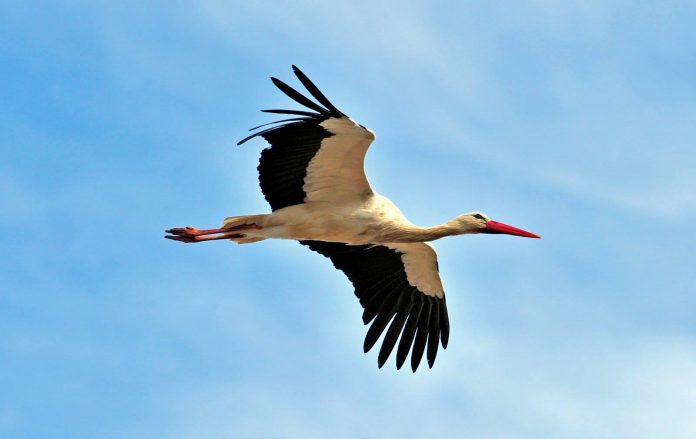 In the famous movie The Transporter with David Statham it is put in basicly two phrases with deep meanings: “we are different people in heart and mind” (please watch this 1 minute video).

As we see it, if the whole world sees Bear as a symbol of Russia, in that case the symbol of Ukraine would be beatiful Crane (or Krane in our variation. It’s German spelling of the same word anyway).

Why Crane? Because unlike aggressive current Russia, Ukraine is a peaceful and nature loving country.

But to better define the differencies between two nations, the following facts need be mentioned:

In the first place, current Ukraine is a HUGE country in itself – by territory it is the largest country entirely in Europe meaning that European part of Russia is smaller in size. It makes Ukraine larger in size than France or Germany with only a little less in population – around 43 million people at the moment.

For Americans the closest comparison of Ukrainian territory would be the size of the State of Texas.

In the second place,  Ukraine or Kievan Rus is one of the oldest states in Europe.

For example, in the 10th century Kiev was several times larger than Paris or London.

In his book Prof. Raffensperger proves and shows that Kiev Rus’ was the Biggest KINGDOM of Medieval Europe!

Here is what a Harvard University Professor Serhii Plokhii writes in his book “The Gates of Europe: A History of Ukraine” on the influence Kiev had on other nations of that time:

“Under Yaroslav’s rule, (Kievan) Rus’ became a full-fledged member of the Christian community of nations. Later historians would call him the “father-in-law of Europe” because he married his sisters and daughters to European heads of state. His father’s acceptance of Christianity from Byzantium and the subsequent importation of cultural influences from Constantinople to Rus’ soil were important preconditions for that development. Unlike his father, Yaroslav was not wed to a Byzantine princess, but his son Vsevolod was—to a daughter of the Byzantine emperor Constantine IX Monomachus. Yaroslav himself married a daughter of Olaf Eriksson, the king of Sweden—a reflection of the Viking origins of the dynasty. His daughter Yelyzaveta (Elizabeth) was the consort of Harald Hardrada, the king of Norway. His son Iziaslav married a sister of the Polish king Casimir, who was already married to one of Yaroslav’s sisters. Yaroslav’s daughter Anastasia became the spouse of Andrew the White of Hungary, and another daughter, Anna, married Henry I of France.

Whatever the political reasons behind these marriages, in purely cultural terms they benefited the European rulers more than they did the princes of Kyiv. Anna’s case shows this best. Unlike her husband, Anna knew how to read and sign her name, an indication that the Kyivan chronicler’s praise of Yaroslav for his love of books and promotion of learning was hardly excessive. Anna wrote to her father that she found her new land (France) “a barbarous country where the houses are gloomy, the churches ugly, and the customs revolting.” Paris under Henry I was clearly not Constantinople, but more importantly, in Anna’s eyes, it did not rank even with Kyiv.”

The aforementioned Queen Anna was the first Queen of France to serve as regent. There are several beautiful monuments to her in the current France where she is named as Anne de Kiev.

Moscow was founded in 1272 by a Mongol khan Mengu-Timur. It is a State-level lie that is was founded by Kiev prince Yury Dogorukiy – that wayward and renegaded sixth son of Kiev Grand Prince Vladimir Monomakh did build a city among Volga Finns (Rostov-Suzdal land), but it was Volodymyr-na-Kliazme (on the Kliazma river).

Moscow gradually became the capital of a new country which for several hundred years bore the name of Muscovia.