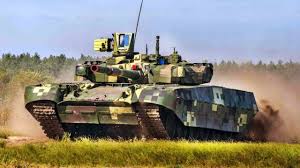 “When Kiev announced it would revive the same spirit of industry that bred its Soviet-era tank manufacture, boosting production for a new tank vehicle by an unprecedented 2,300 percent in 2016, this should have been a sign for worry on the other side of the front line. The Ukrainian-made Oplot tank, built with a Western-style turret and apparently a crack shot against ground and low-flying air targets, has wowed tank experts. Of the new breed in production, 40 will be going to Thailand’s army.”