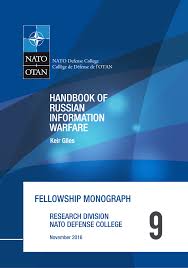 “Over the next few months, the Ukrainian military and volunteer militia fought back rather successfully. They pushed the separatists back to the very border with Russia. Then everything changed. Russian regular troops with heavy equipment attacked across their border and fought a series of encirclement battles resulting in hundreds of Ukrainian troops killed and the Ukrainian Anti-Terror Operation teetering on the brink of defeat.

(U) How do we combat this enemy? America has not encountered this type of conflict for nearly a generation and needs to transform to fight and win in complex maneuver warfare. Several factors contribute to potential challenges U.S. formations may face in such a conflict”

Death Match with Nazis, Three Best Players of the World, Top-10 Coach Ever –...

11 of the best things to do and see in Kiev, – MSN, Wanderlust