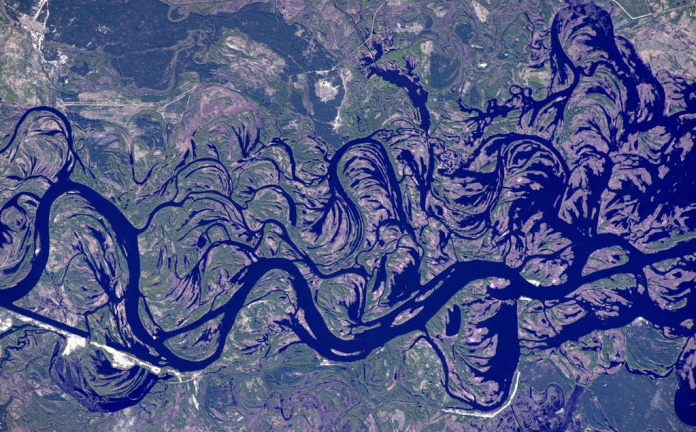 American astronaut Tim Kopra while orbiting Earth as part of an expedition in 2016, made a picture of this amazingly beautiful image of Ukraine’s Pripyat River.

In his Twitter, he mistakingly called the river Dnieper.

No, this is the Pripyat river. Pripyat city and Chernobyl would be to the left.

The Dnieper river is a bit to the right. (Map)

The place where the Cossacks originated

According to a Harvard Professor Serhii Plokhiy, the Pripyat River and Kiev, which is only 100 km to the south, is the area where the Cossacks originated. It happened in the thirteenth century after the Mongol invasion. Looking at the picture, one can understand why. (Spoiler – it is easy to hide and attack the enemy).

The Zaporozhians Cossacks and the Don Cossacks sprang from this location.

Not many people realize, but the Cossacks were unsurpassed sailors. Did you know that the Father of the American Navy Admiral John Paul Jones fought his last naval battles in Ukraine? And that it was Ukrainian Cossacks whom he admired during his most decisive battles? The respect was mutual, and the great American admiral was even inducted into the Ukrainian Zaporozhian Army? The “Ukraine & the United States” book has the details.