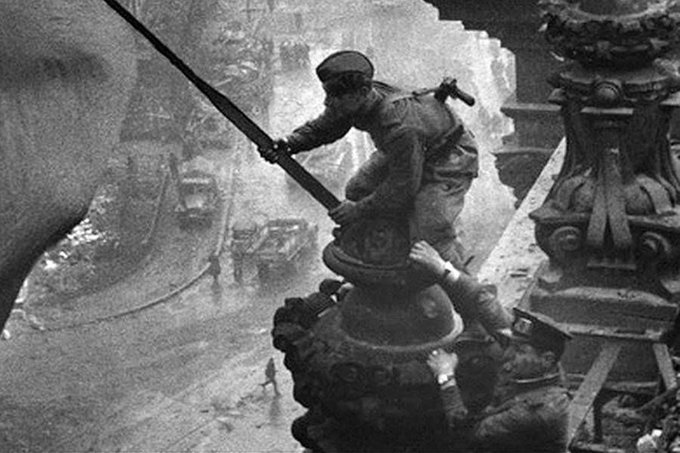 ” On 30 April 1945, after long days of street combat in Berlin, the 150th Division attacked the Reichstag. On 1 May, at about 03:00, Berest and two scouts – Meliton Kantaria and Mikhail Yegorov – hoisted one of nine Soviet flags given to the division’s commanders on the building’s dome, fastening it to Wilhelm I’s statue. Although not the first to be placed, the flag was eventually proclaimed as the Victory Banner. Later, impostering as a Colonel, he negotiated with the German garrison of the Reichstag on the terms of their surrender. He received the Order of the Red Banner for his actions.” Wikipedia

The Biggest Kingdom of Medieval Europe run by Vikings dynasty you may have never...