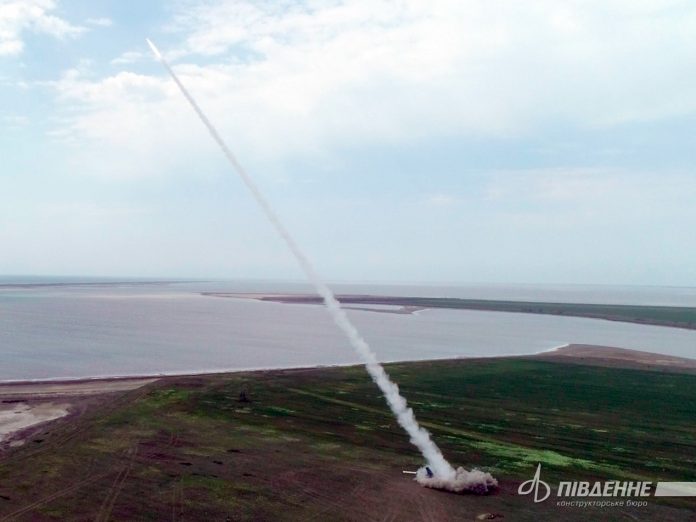 Under the technical guidance of Yuzhnoye SDO, two successful test firings of the Ukrainian 122 mm Taifun-1 rocket designed for the Grad multiple rocket launcher (MLR), which had been developed at Yangel Yuzhnoye State Design Office, were conducted on 29 April 2020.

The test findings were recorded in the real-time mode under the rocket firing. Telemetry data were acquired by mobile tracking station that was developed at Yuzhnoye SDO.

It has been the second test phase yet. The first test phase was performed in November 2019 – at that time the capability of rocket to be fired at a minimum firing range had been proved. These tests were successful too.

In spite of the strict quarantine regime and restrictions on YSDO’s usual working regime, the task of ensuring the national defence capability is of the highest priority, and it will not be interrupted even for an instant.

Glory to the Ukraine!