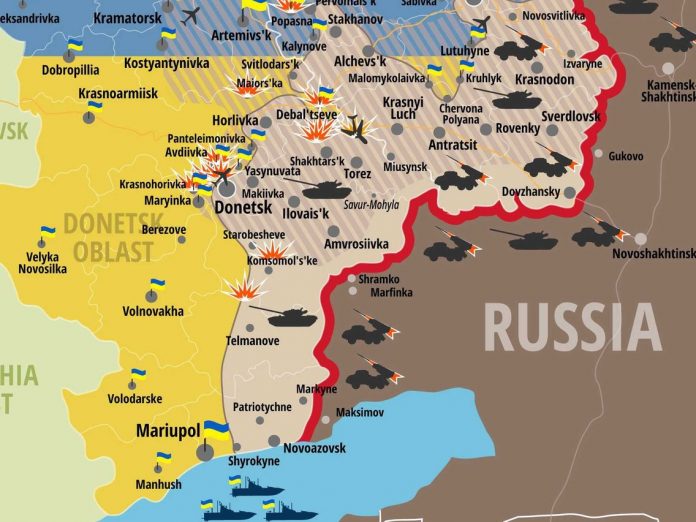 “Along the 190-mile Line of Contact, the Russian-backed forces  have more than 470 tanks and hundreds of artillery pieces and rocket launchers.

All are under the command of Russian military chiefs Major General Prymakov in Donetsk and Lieutenant General Knyazev in neighbouring Luhansk.

At its narrowest the two sides are just 50 yards apart — so close they are able to “shout at each other with grenades”, according to one Ukrainian commander.” (The Sun)