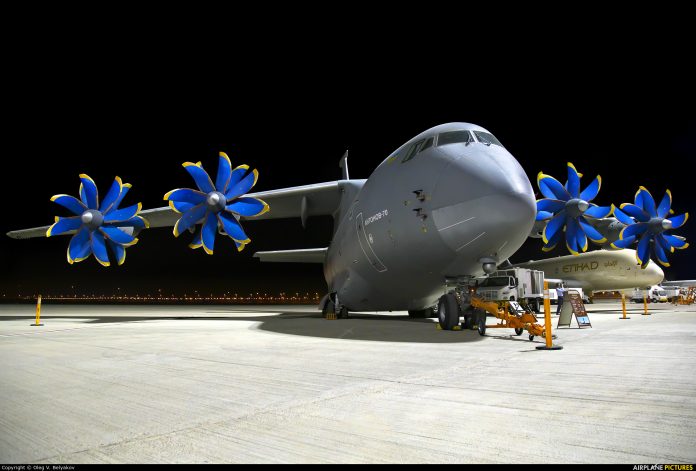 The unique Antonov AN-70 short takeoff and landing (STOL) multipurpose cargo aircraft flew from Gostomel air terminal near Kiev to UAE for its international debut at the International Dubai Airshow 2017.

The Antonov AN-70 is a military freighter already adopted by the Armed Forces of Ukraine has no equal in most of its capabilities, being the only aircraft in the world  capable of take−off and landing from short unpaved runways of 600−700 meters while carrying up to 20 tonnes cargo over 3000 kilometers.