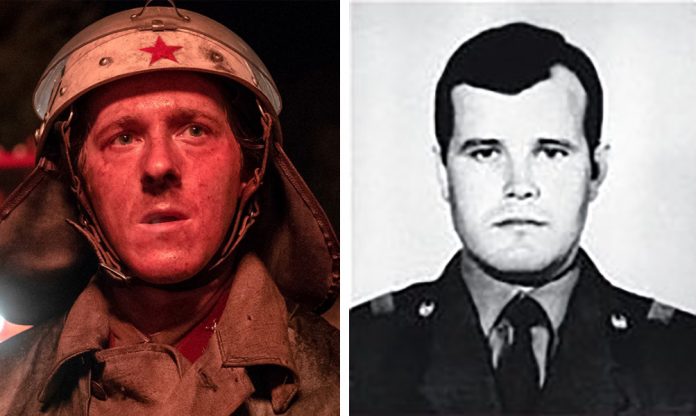 Ignatenko was among the firefighters that got closest to the exposed reactor core as they attempted to extinguish fires on the roof reactor 3 and around the ventilation shaft. He soon began to display symptoms of a very serious acute radiation syndrome (ARS).[1] After a brief stay at the Pripyat city hospital, on the same day of the accident he was transported to Hospital Number Six in Moscow, a state-run structure specialized in radiobiology and radiation accidents. He was joined by his wife, Lyudmilla, who stayed by his side and witnessed the painful agony of her husband and other affected victims.[2] He died from ARS complications two weeks after the accident, on 13 May 1986.[3]

Ignatenko was laid to rest at the Mitinskoe Cemetery in Moscow along with others—first responders and plant personnel—who died in the Chernobyl disaster. Like the other ARS casualties, he was allegedly buried in a sealed zinc coffin and in a concrete shielding, due to fears that radioactivity could leak out and contaminate the grounds. – Wikipedia