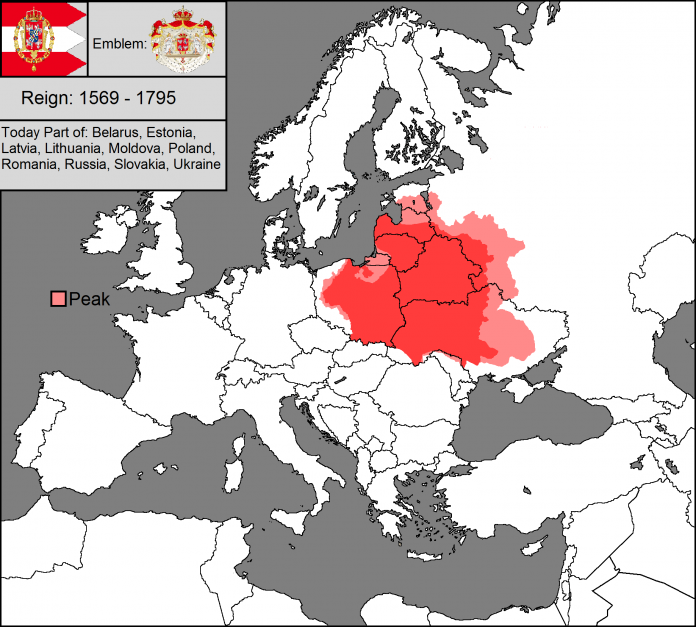 “Ukraine became part of the Russian Empire in 1645. Three regions, if we speak modern language: Kiev, Chernigov and current city of Zhitomir which was called somewhat different in those days“, – declared Putin during his conference yesterday.

Let us use the same book mentioned in the previous article and the same method to see what really happened in 1654. Not 1645.

“When the (Polish-Lithuanian) Commonwealth and the Cossacks negotiated, they did not need translators. The Cossack ofﬁcers and the Polish nobility (groups that overlapped) shared one, two, or even three languages: Latin, Polish, and the vernacular Ruthenian (Ukrainian). When the Cossacks negotiated with the Muscovites, they used translators. Khmel’nyts’kyi had letters in Muscovite dialect translated into Latin, so that he could read them.”

1. For Putin and his historians it’s high time to stop deceiving themselves and others – there was NO “Russian Empire” in 1654! There was MUSCOVY, a vassal of Crimean Khan to whom Muscovy regularly paid tribute up until 1700.

The answer is simple – Muscovy spoke Finnish-Ugric dialect heavy influenced by Tatar language and culture. How did “russian language” come to existence? Since neither Ukrainian nor Polish has not changed much in the past 350 years and suddenly Muscovites started speaking similarly, the simple logic tells that the current “russian language” is a developed dialect of Ukrainian language. Not vice versa.

(For those who want to learn it in greater detail, there are works of the most famous Vladimir Dal, a German, born in Ukraine and whose birthday Google celebrated with Doodle this year. Especially Dal’s letter to another linguist Mikhail Maksimovich in November 1848. It’s hard to find it in English translation though)

– Anyway, the major question is – did truly the Cossacks choose to become part of that culture with the language they did not understand?

“Article 3 of the 1654 Pereiaslav agreement with Muscovy even speciﬁed that the Cossacks would retain the rights they had enjoyed “under the Polish king.” Although the Muscovites appeared similar to the Cossacks as fellow Orthodox believers, they represented a very different political order. The Cossacks were, after all, ﬁghting for toleration of Orthodox religion, and had a legitimate claim within a system that was supposed to guarantee the equal position of Christian faiths. In the end, however, the Cossacks allied with a power where Church was utterly subordinate to State.”

The Agreement of Alliance. With the specification of special rights as a condition!

Any lawyer will tell what happens to an agreement if a condition is not fulfilled.

And did Muscovy keep its word?

“The Russian empire, as Muscovy was called after 1721, really included two very different Ukraines. As we have seen, left-bank Ukraine (east of the Dnipro) had fallen under Russian control by the Treaty of Andrusovo in 1667. Hetman Ivan Mazepa (1639-1709) and his successor in exile, Pylyp Orlyk (1672-1742), sought to preserve the autonomy of their left-bank hetmanate by the traditional gambit of alliance with foreign powers. In civilization and education, both were men of the old Commonwealth, and they represented an ofﬁcer corps self-consciously modeled on the Polish-Lithuanian nobility. As Tsar Peter I failed to protect Ukraine during the Swedish war, Mazepa and some Cossack ofﬁcers considered the terms of Pereaiaslav violated..”

– The Treaty was violated by Muscovy in many ways (Cossacks’ rights, equal position of Christian faiths were violated, mutual defenses clause ignored by Peter I), so it was void basically from the very beginning.

What was happening since then is the Muscovy’s crawling occupation of Ukraine-Kiev Rus’ history, language and territory. And even name!

And the very fact that Putin keeps on using history to justify his war on Ukraine (“sacred Crimea”, Kiev’s King Vladimir, Queen of France Anne de Kiev), means that it is important to him to conceal the real truth:

Without Kiev Rus’ history, Muscovy is just a bad replica of the Golden Horde.

Adolf Hitler and Benito Mussolini visit their troops in Ukraine