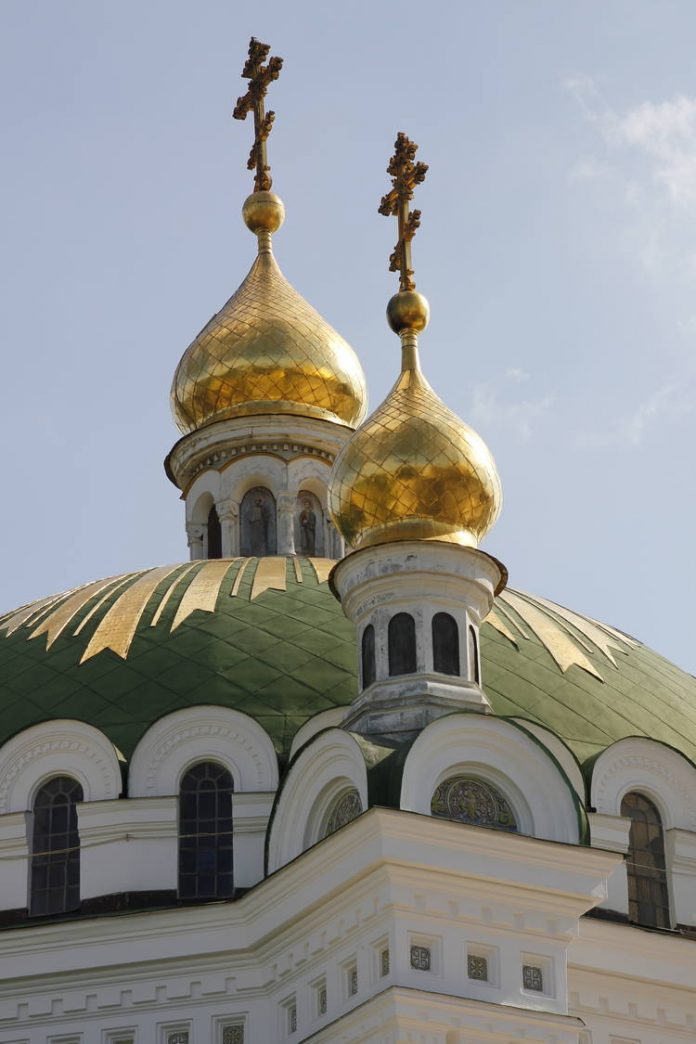 ” Designed to rival Hagia Sophia in Constantinople, Kyiv’s Saint-Sophia Cathedral symbolizes the ‘new Constantinople’, capital of the Christian principality of Kyiv, which was created in the 11th century in a region evangelized after the baptism of St Vladimir in 988.

Saint-Sophia Cathedral, located in the historic centre of Kyiv, is one of the major monuments representing the architectural and the monumental art of the early 11th century. The Cathedral was built with the participation of local builders and Byzantine masters during the reign of the Great Prince of Kyiv, Yaroslav the Wise, as the main Christian Church of the Kyivan Rus’ capital. The Cathedral has preserved its ancient interiors and the collection of mosaics and frescoes of the 11th century is unique for its integrity. Its masterpieces include the Pantocrator, the Virgin Orans, the Communion of the Apostles, the Deisis and the Annunciation. The architecture and monumental art of the Cathedral had a wide influence on the architecture and decoration of the Kyivan Rus’ temples. Monastic buildings constructed in the 17th and 18th centuries in the Ukrainian Baroque style surround the Cathedral. The architectural ensemble includes the bell tower, Metropolitan’s house, the refectory, the Zaborovsky gate, the south entrance tower, the cells of cathedral elders and the seminary encircled by a stone wall. Over the centuries, the Cathedral and monastic buildings have expressed a unique harmony of architectural and natural forms,   and national spirit and have held a significant place in the traditional historic landscape of Kyiv. ” (UNESCO)

‘Mammoth Bone Hut’ is the oldest house structure in the world – it is...