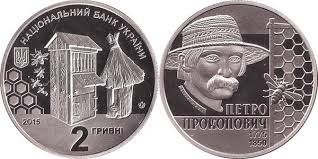 Spring is in the air. Bees are in the air too – in a month the beekepers will have the first “May honey”, a unique one because bees will collect it from the blossoming trees and flowers. So many people around the world prefer the May honey to other types because of its unique flavor.

What does Ukraine have to do with all this? Well, it made it possible for so many people to enjoy such a nice and healthy product, because

Ukraine – is the Motherland of Commercial Beekeeping!

“Between around 1200 and the early 20th century, humans domesticated bees in straw skeps, which are the classic domes of rolled straw that came to symbolize the honeybee and her industry. But as iconic as they were, skeps had an inherent flaw: The beekeeper had to destroy the colony to collect the honey..

But it wasn’t until the 19th century that inventors such as Ukrainian beekeeper Peter Prokopovich, who should be remembered for his name alone, came up with the idea of inserting hanging frames for the surplus honey.

His boxy, wooden hive and others based on it represented a major step forward in bee cultivation, separating harvestable honey from the other workings of the hive”.  (Washington Post)

So, Petro Prokopovych – is the one who should be thanked by so many people in so many generations.

He opened the first school of bee-keeping in the world in Ukrainian town Baturyn near Chrhihiv in 1827.

Ukrainian Institute of Beekeeping wears his name and

There is a nice Prokopovich Beekeeping Museum in Kyiv (FB page, + an American fotoblog)

Russia’s next target could be Ukraine, – prophetic 2008 article of WSJ