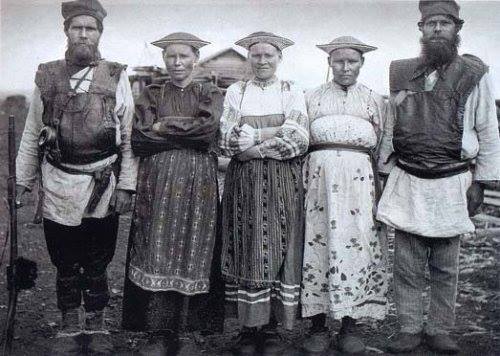 “Russia” likes to declare itself as a creative and educated nation, while trying to portray countries like Ukraine – as the backward ones.

To make it sound more convincing, they arrogantly say that the very word “Ukraine” sounds very much like “outskirt” to their balalaika ear.

We discussed the meaning of the term “Ukraine” in the previous articles, but can add that even IF “Ukraine” was a “defending edge” for some entity, it was for the Polish-Lithuanian Commonwealth, and not for Muscovy-Russia.

But who educated whom anyway?

Was it “Russia” who brought civilization to Ukraine?

Was it Ukraine who tried to make Muscovy a better place at least for a while?

We are back to quoting Timothy Snyder’s “The Reconstruction of the Nations”:

“Thus the transfer of part of Ukraine exposed Muscovy to new ideas. Muscovy inherited, along with Kyiv, Orthodox churchmen formed by the controversies of the Reformation, Counter-Reformation, and Union. Mohyla’s Kyiv Academy was at once the largest educational institution in the tsar’s domains. Like the Chernihiv and Kharkiv collegia, it provided classical education along Baroque lines, mainly in Latin and Polish, to tens of thousands of East Slavic students.“

So it was “part of Ukraine”, after all, who exposed Muscovy to new ideas?

Mohyla Kyiv’s Academy is back to it’s historical place and its buildings are ones of the Kyiv’s tourists attractions. (Academy’s website has interesting information and pictures in it).

“Jan Kochanowski, the outstanding poet of the Polish Renaissance, was taken as a model for student compositions; Polish modes of versifying prevailed in East Slavic lands absorbed by Muscovy through the eighteenth century. These academies, founded to defend Orthodoxy against Catholicism, were in close contact with Protestant Europe. For the next hundred and ﬁfty years, these Ukrainian schools provided Moscow and the St. Petersburg with doctors, journalists, and civil servants. In the second half of the seventeenth century, not before, books were translated in Moscow in large numbers. The source languages were Greek, Latin, and Polish, and the translators were churchmen from the Commonwealth. The language question was posed in Russia as Muscovite dialect confronted East Slavic, West Slavic, and European rivals. In these ways, the incorporation of Kyiv and left-bank Ukraine forced Muscovy into contact with Europe.”

For 150 years Ukraine provided its northers neighbor with doctors, journalists and tried to educate it. All in vain.

That is the time when Moscow dialect started changing under the influence of Ukrainian and Polish languages. And the “russian language” Moscow is “defending” these days in Ukraine is beyond absurdity in this aspect.

“Broadly conceived, Ukrainian culture was a bulwark of the Russian empire, providing many of its legitimating myths, its folksongs and folktales, and indeed its educated civil servants. For more than a century after the foundation of the Russian empire in 1721, Ukrainians had provided many of its outstanding architects, apologists, and adventurers. Only from the 1820s did cracks begin to appear in this Ukrainian tradition of imperial service, and dilemmas appear for people of Ukrainian culture.“

Sadly, what Ukrainians did for that backward Muscovy nation was never appreciated. It will foster the complexes of arrogant “elder brother” later on.

“The Russian empire of Tsaritsa Catherine II (the Great, r. 1762-1796) progressively annexed almost all of the Grand Duchy of Lithuania: the cities of Polotsk in 1772, Minsk in 1774, and ﬁnally Vil’no in 1775. By incorporating Lithuania, Russia absorbed elites who spoke Polish, peasants who spoke (for the most part) what we would now call Belarusian, and towns inhabited in the main by Jews.
At a stroke, Russia held the largest part of world Jewry. After the Russian share of the old Commonwealth was enlarged to include Warsaw at the Congress of Vienna (1815), the empire included most of the world’s Poles. From the Grand Duchy of Lithuania alone—to speak neither of what was established as the Congress Kingdom of Poland, nor of Ukraine—Russia absorbed more nobles of Polish culture than there were nobles of Russian culture in the entire Russian empire. In the early nineteenth century, far more subjects of the tsar could read Polish than Russian.“

And that is how Eastward-centered, backward Muscovy became “Russian Empire” – by annexing smarter and much more advanced nations.

And who was the Tsaritsa Catherine by the way? Was she, at least, a product of Muscovy? The one who grew up in “Russia” and thus simply extended the wish of the “Russian nation” to move Westward?

I guess it would be fine as long as the input would have been acknowledged and appreciated, but it is never the case with Muscovy – they will always appropriate the achievements of others, and, which is even worse, they will try to eliminate the real authors of the achievements together with the witnesses.

We will see the examples of it in Muscovite’s treating of Polish nobles. We will see what they’ve been doing to Ukraine and Ukrainians for their trying to enlighten the beast.

Like a reckless mindless bear, Muscovy will devour all the honey and will go on to destroy the hives.